I love teaching the violin

I was born into a musical family in England and have lived in the Netherlands since 1992, I speak fluent Dutch and English. Both my parents were violinists and violin teachers. My father was concertmaster of the London Symphony Orchestra. Since I stopped with my performing  career I have devoted my time to teaching. It gives me immense joy and satisfaction to share my experience with pupils and watch them develop over the years.

At the age of 12, I was selected to attend Chetham´s  School of Music in Manchester in order to further develop my violin talent. After that followed a series of scholarships for internationally recognised music conservatories such as The Guildhall School of Music and Drama and The Royal Academy of Music in London where I studied with David Takeno and György Pauk. I also followed masterclasses with Zakhar Bron, members of the Amadeus, Lindsey and Tokyo String Quartets. I was awarded a prestigious Fulbright Scholarship to study with Sidney Harth at Yale University School of Music U.S.A.

I am former concertmaster of the Radio Symphony Orchestra here in the Netherlands and I frequently play chamber music. I have also enjoyed being a member of the first violin group of the Rotterdam Philharmonic Orchestra and I have worked together with conductors such as Simon Rattle, Yannick Nézet-Séguin, Bernard Haitink and Frans Brüggen.  For nearly 20 years I have been primarius of the Franciscus String Quartet, we have performed with artists such as singer Jessye Norman, pianists Ellen Corver, Arthur and Lucas Jussen, and clarinetist Lars Wouters van de Oudenweijer. I gave concerts regularly in the Netherlands and abroad and have recorded several CD´s with my string quartet as well as recordings of ensembles and various orchestras. There are also recordings of my live concerts from the chamber music hall and the main hall of the Concertgebouw in Amsterdam. 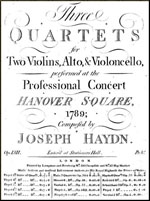